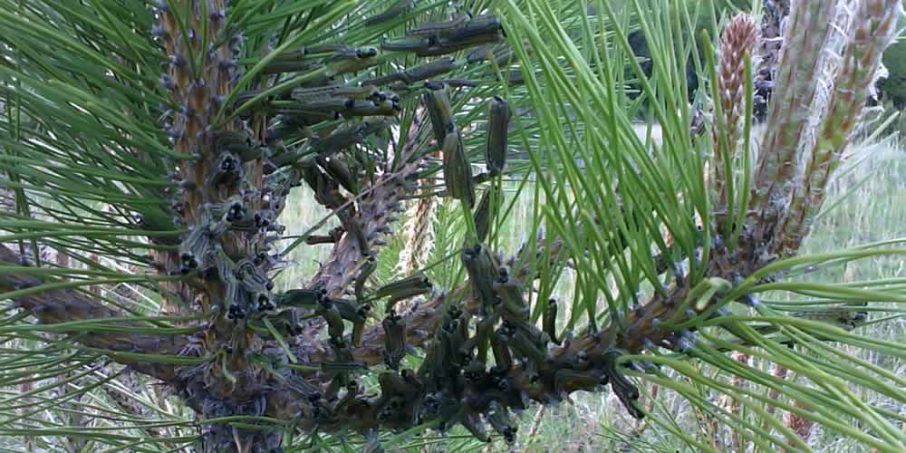 Have A Pro Arborist Take A Look! 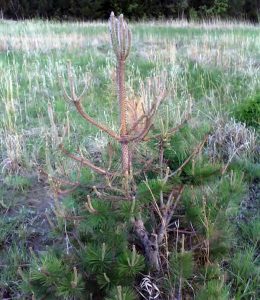 The European Pine Sawfly (Neodiprion sertifer) is an invasive species of sawfly known for attacking and damaging pines that they infest and lay eggs on. The European Pine sawflies are a preventable nuisance with several ways to recognize and eliminate them.

Typically the damage and infestations take place on the upper half of the tree, but they can be found anywhere. In early to mid-May, the first signs of an infestation is often easily seen by yellowing of needle clusters which have been skeletonized by young larvae. Older larvae consume entire needles, resulting in noticeable defoliation by mid-June. 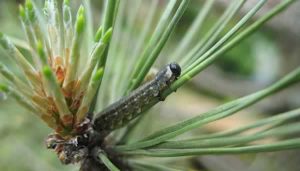 European Pine Sawflies are often found in large clusters of insects together since their eggs are laid in clusters. There are several species of Pine Sawflies, but in SE Wisconsin the characteristics of these creatures usually include:

They Young larvae will only be able to consume the surface of the pine needles while grown while mature larvae will be able to eat needles completely.

The good news is that trees are seldom killed by Pine Sawflies in one season but if the infestations occur over two or three consecutive years, that can cause your tree to die. There are proven methods for controlling and treating a case of European Pine Sawfly. Healthy and mature trees are able to better withstand the effects of the sawfly.

Trees should be consistently monitored from September to mid-April as this is when the eggs are commonly laid. Late April and early May is when the eggs begin hatching and you should be watching for the telltale straw-like pine needles. If eggs are seen, they can simply be scraped off and disposed of properly. The simplest way to stop an infestation once it has begun is to dismember the branch that is afflicted or even removing the entire tree to prevent spreading.

If the sawflies are at least halfway through their life span then most of the damage has already been done but it can still be treated. There are several insecticides that can effectively eradicate colonies of European Pine Sawflies, but beware of the dangers of using insecticides and always follow the instructions on the label if you do this yourself.

Get help from a Professional Arborist in Milwaukee WI

The European Pine Sawfly is a nuisance for pine trees but an alert caretaker can catch and prevent an infestation long before the eggs even start hatching in SE Wisconsin. If you live in this area, consider letting a professional arborist take a look at your trees and determine the best treatment. M&M Tree Care has specialized in treating and taking care of trees in the Milwaukee, Wisconsin area since 1968. We have six ISA certified arborists on staff with the knowledge and expertise to assist you in all tree health topics. The European Pine Sawfly is an example of just one pest that can easily be taken care of by M&M Tree Care.